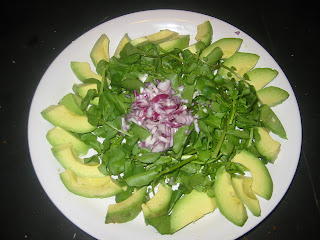 Recently I published a post showing you an avocado salad I made inspired by a lovely blog I frequent. The day I bought the ingredients for my salad I bought 3 avocados, one for the first salad, one for my deep conditioning treatment and the third made it just in time for this tasty watercress salad I made. I’m not a leaf person but when it comes to leafy greens, watercress is one of the few I like. I always as a child, would see my grandmother and mother just dig in to “berro” which to me at the time seemed so weird because I hated the stems. But little did I know how nutritious and potent this leafy green is. 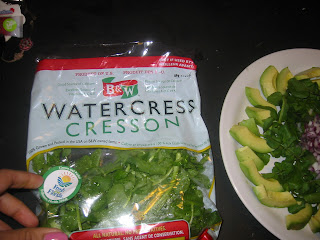 As you may know Avocado is very nutritious, rich in Vitamin A, E, K and minerals such as copper, iron and many more nutrients. Watercress however is considered a super food and is actually the oldest leaf vegetable consumed by humans. Watercress tastes very light to me and besides the stem you won’t even feel it in your mouth. I paid about 3.89 for this watercress bag and was happy to see it since during the winter you seldom see them. You can add basically anything when making a watercress salad such as, almonds, onions, olive truly the possibilities are endless. This bag usually lasts me 4 days or so. Not only is watercress limited to salads, it also tastes great on any sandwich being a great substitute for lettuce. Usually I like to add watercress to my Boar’s Head salsalito turkey and Swiss cheese sandwich. Once again with this salad I dressed it with fresh squeezed lime juice, kosher salt, and Extra Virgin olive Oil and my favorite, red onions. You know my measuring skills consists of a swirl of this and a dash of that.

Loaded with vital vitamins and minerals this light leafy green can provide you with all the nutrients you need in one sitting. Watercress is known for a lot of health benefits especially for detoxifying the blood, cancer and many more just check out the link below and and take a peek at the reasons why watercress is considered a super food.

Watercress is also rich in history check out these interesting Historical and Health Facts concerning Watercress. 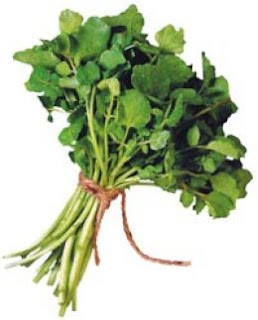 “...the truth holds the greatest magic, the grea

A new batch of our elements candles are at the sho