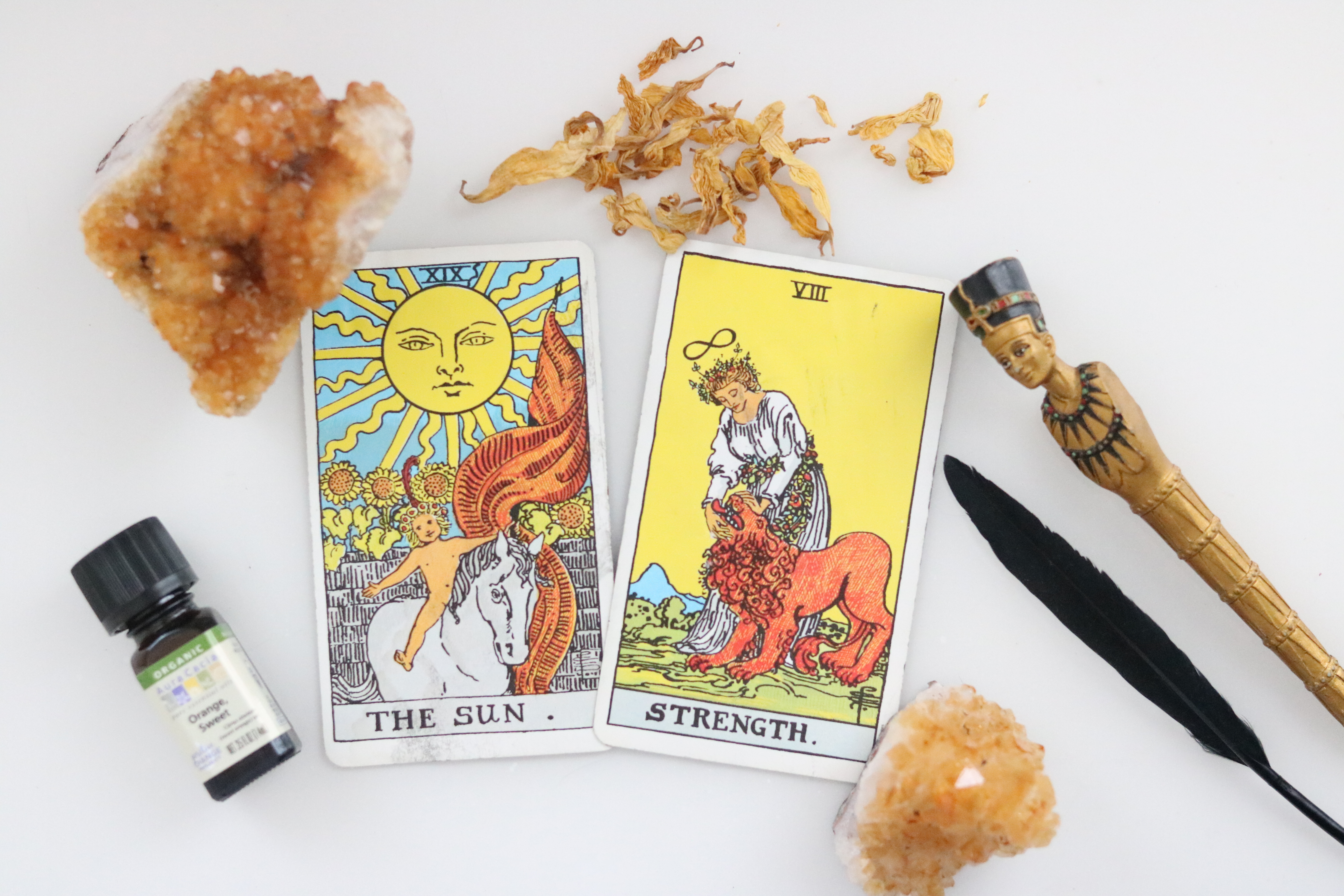 This Super, Blood, Lunar Eclipse full Moon is not only a mouthful to say, but also packed with a lot of fiery energy.  This fierce energy is drawing from the regal and King of the Jungle, the lion. When we see a lion we are captivated by its powerful fire/male energy, but behind that intense relentless male fire, lies the power of the Lioness.

Sekhmet, Egyptian Goddess of war, violence, strategy, healing and fierce protector of her advocates is represented with a lion’s head on a woman’s form and invokes, vigilance, observation, the hunt and self empowerment.  Currently the female force is rising in the collective consciousness. Patriarchy, abuse, traumas, injustices and imbalances are coming to the surface and we’re finally finding strength to face the problem. Although the movement is in the collective, progress will only be possible when we transform from within first.  Sekhmet is a powerful vessel for forgiveness and only through forgiveness can we begin the process of rebirth and transformation that can be shared as an example to the masses.

As a collective female force we should not view the men in our lives as a threat, but more as a mirror of our own-selves. They are also hurting, victimized and on the extreme end of their polar opposite, the female force. In society we are born on a linear form of thinking and forget that as women and men we have polar opposites that need to be nurtured just a much as our primary sex identifier.

Maahes “he who is true beside her”, or” He who can see in front”, is the name of the Egyptian God of war, and personification of the archetypal Male energy. Also represented with a lion’s head, he personifies the vibrant energy of the sun and also carries heavy associations with violence.  The violence in Man is his nature. What makes his nature evil is when he is not in alignment nor in recognition with his higher self. Like a lion, a protector of his kingdom, he will be merciless and will die to protect his lioness.

Below is a ritual to do to bring the powerful energy of the recent eclipse in Leo.  This ritual can also be done during anytime of the year, especially during Leo season in the Summer, to bring courage, protection, loyalty and ability to overcome obstacles by working with the protective powers of Sekhmet. Please note that if you don’t have the Sun Tarot Card you can simply print a picture of it from online, if you don’t have Orange Oil, get an orange as a substitute. 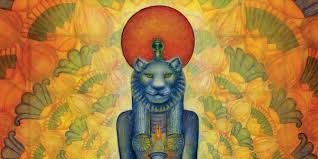 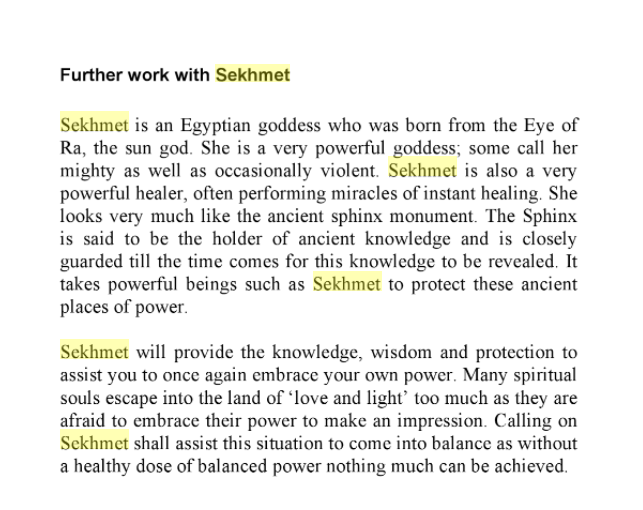 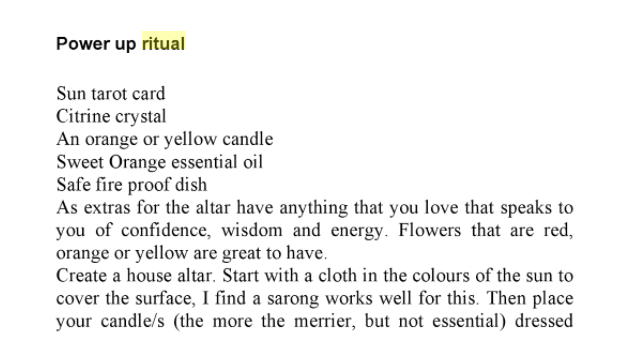 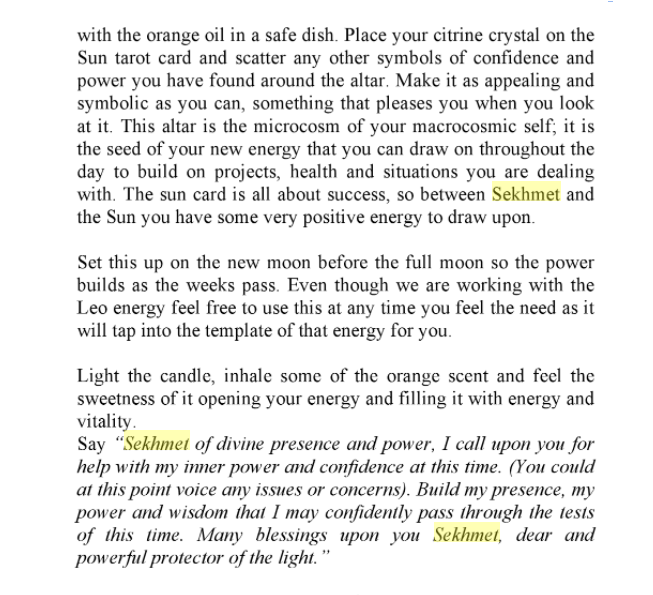 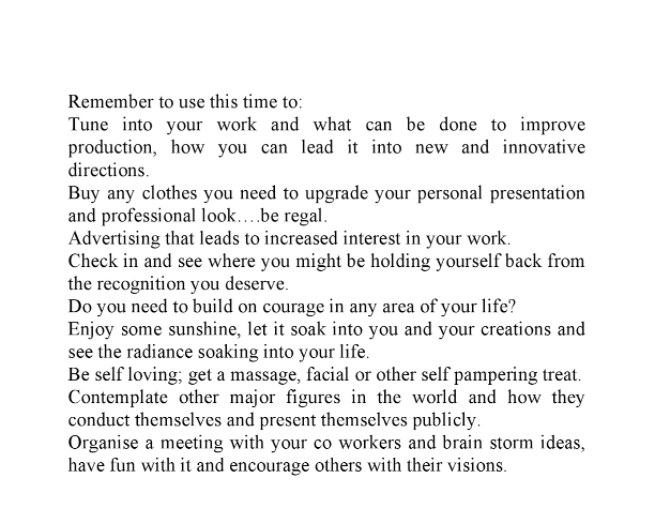 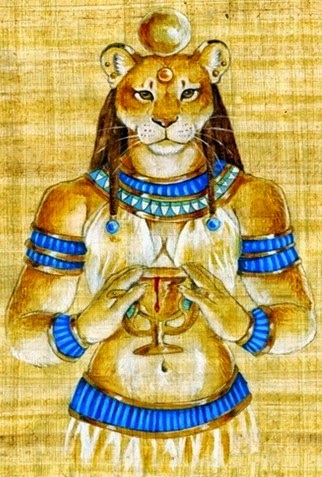