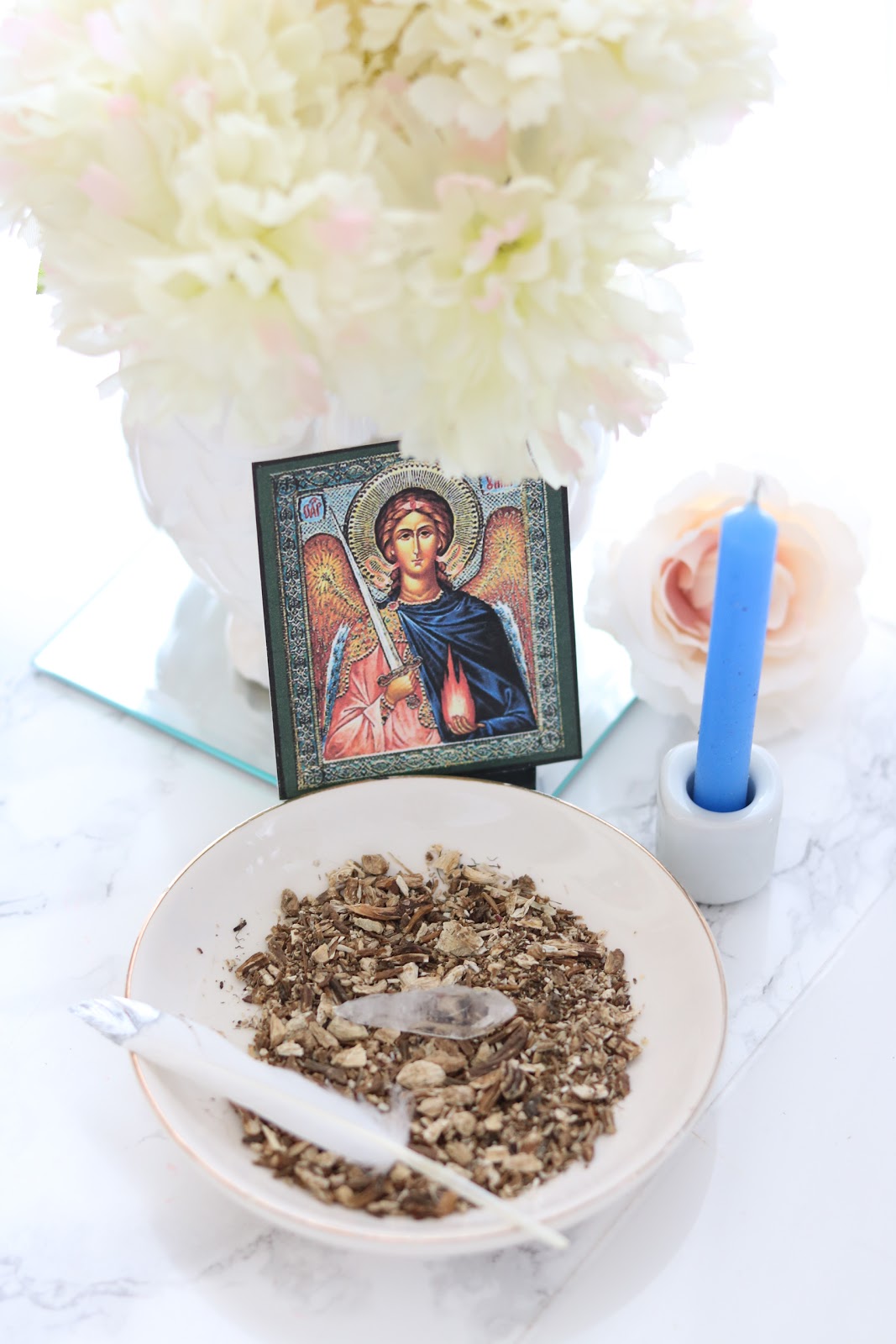 A while back I briefly touched base on the subject of communicating with Guardian Angels, more specifically Archangel St. Micheal, the Angel of fire and protection.  Guardian Angels are beings of light, cosmic energy assigned by god, the creator, to protect and guide over a person and even places and countries. The concept of guardian angels has many variations throughout many beliefs and although there are differences, they are also known as spirit guides, ascended masters, tutelary deities, ancestors and communicators on behalf of the most divine.

Throughout the bible stories and mythologies of many cultures Angels serving as communicators and guardians is a very well known concept.  They serve as intermediaries of god and messengers of impending danger or guides to fulfilling our  personal goals and life’s purpose. 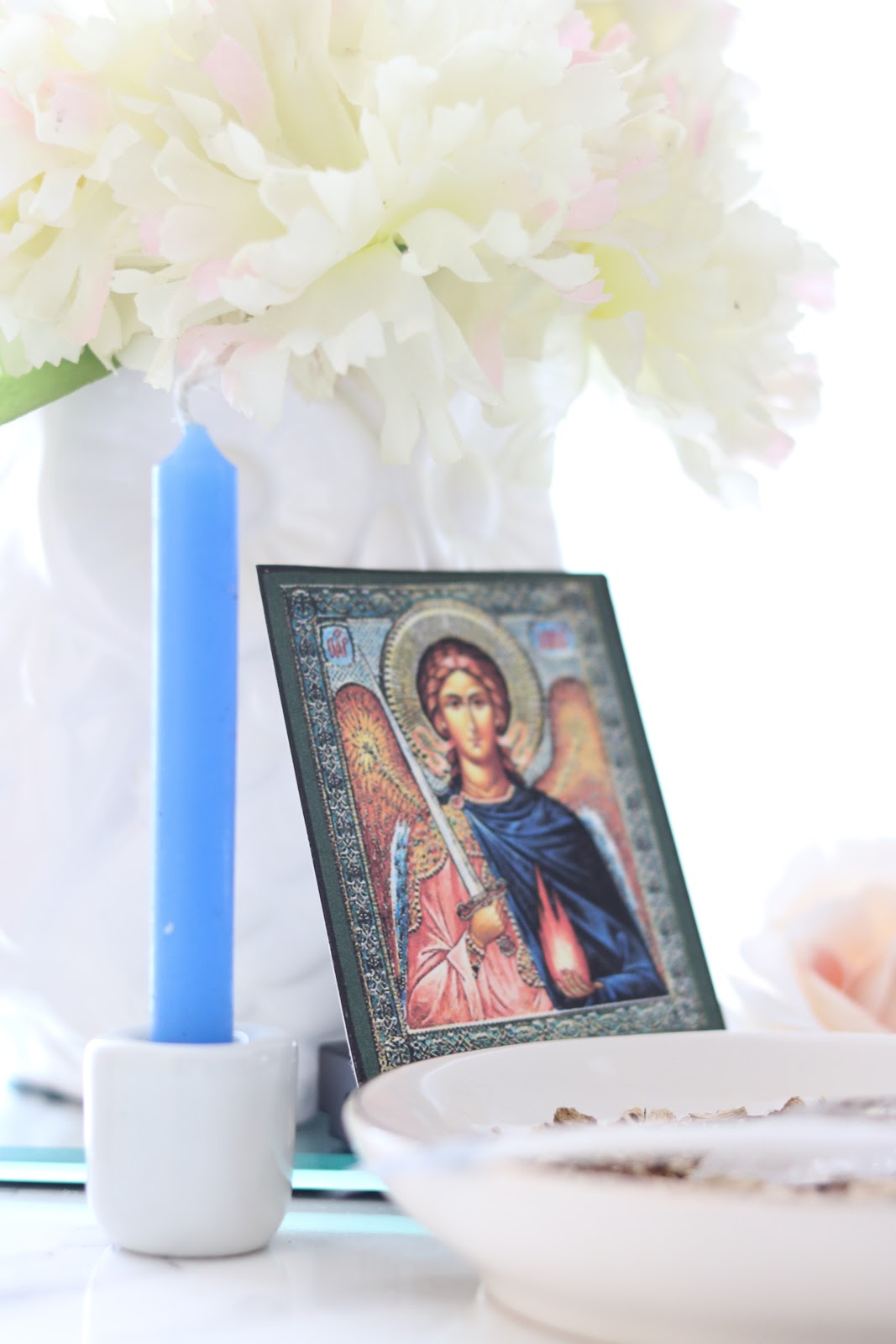 As I have continued my practice of communicating with Angels, I’ve learned some very valuable lessons of trust and faith.  Not trust and faith in what’s outside of me, but more importantly what’s inside of me, my own intuition.  I realized that I’ve been in conflict between the voice that speaks to me and the “gut feeling” (intuition) that also speaks to me regularly.

Ego is a lot more seemingly aggressive, dominant and fear based. My intuition is more optimistic and free of restraints. I understand now that what ego is trying to do is protect me from failure, keep me in my comfort zone. Intuition has no attachment to image and even if failure is an option, it wants me to experience failure and learn from it.

Ego take no chances at all costs.

This is where Guardian Angels come into play.  The energy of Angels can appear to people in many forms. Others can feel them or hear them such as the “inner voice” that speaks to them.  Others, like myself, can see their messages in symbols.  When I began working with Uriel I started seeing multiple numbers especially times like 12:12, 2:22, 3:33, 4:44, 5:55 and even 666 in license plates.

I work in an office where co-workers discuss customer accounts and as I would walk throughout the office I’d hear my co-workers repeat these numbers, while confirming account numbers or phone numbers. My ego kept telling me this was just coincidences, but in developing my trust within myself I realized these were means of communication, especially with Uriel since he was the one I was trying to contact during these “coincidental” instances. 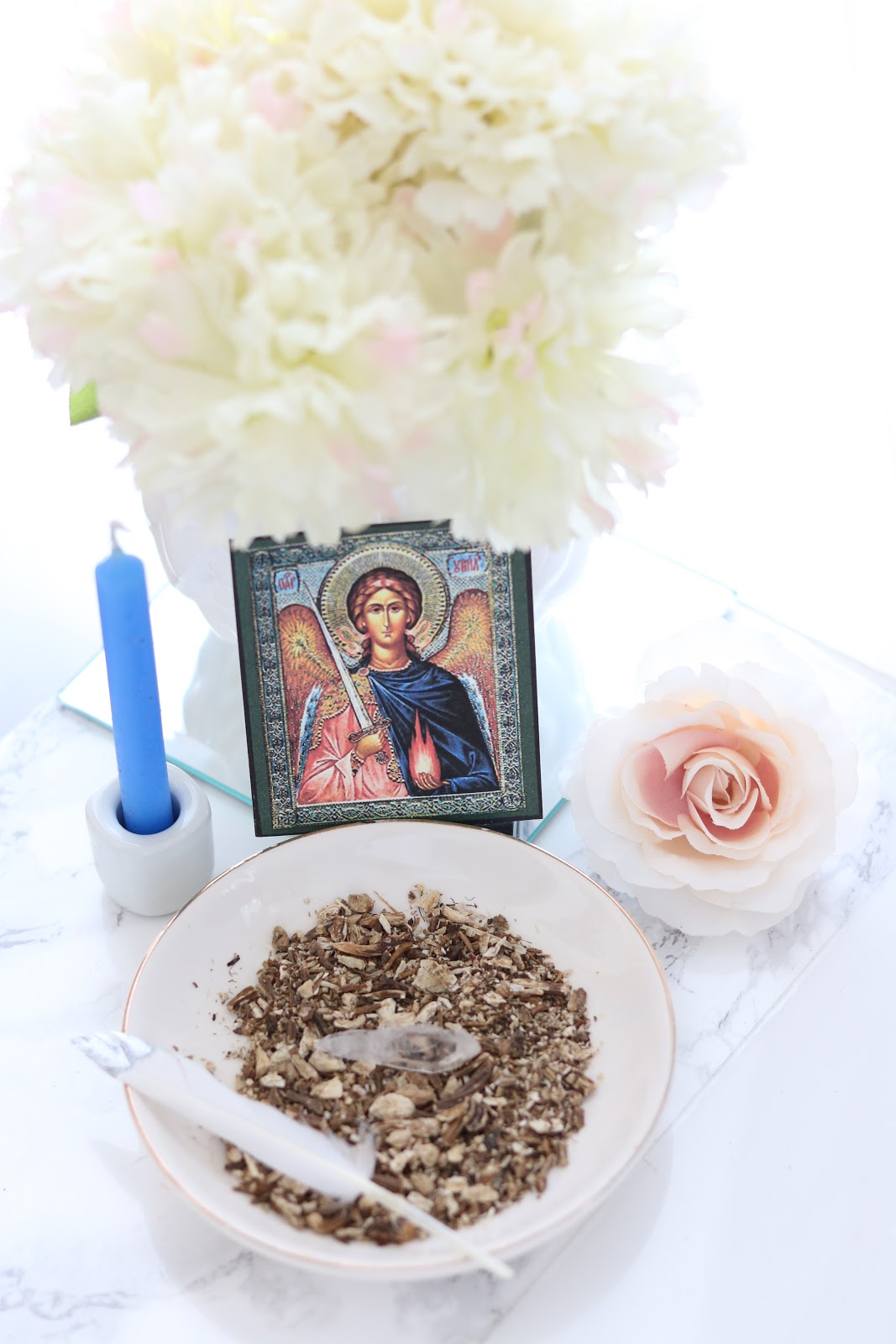 I also recently had an experience where I was sitting in traffic and was a bit frustrated as I was running late and a car abruptly cut me off.  That added to my frustration when suddenly I realized the car had a decal on its bumper that said, “Angel” with wings around it.  I smiled and realized the angels were with me and simply reminding me to relax, take it easy.  These are the types of situations one must be aware of and grateful of experiencing and most importantly be aware of what they are trying to communicate.

It is important to be aware of your environment and remain present and in tune of your surroundings. You can’t assume things are coincidences or insignificant because Angels can speak to us in many forms.  It is up to you to decipher and apply the message to your current situation accordingly.

Although I have had many realizations and experiences with St, Micheal, I decided to expand my knowledge of the other angels in the Archangel Pantheon.  There are many types of Angels but primarily there are 7 more commonly known Angels. They are separated in hierarchies or orders.

Those listed below fall in the pantheon of Archangels.

From the book: Spirit Guides &amp;Guardian Angels By Richard Webster

The tirad we’re most familia with are the Third triads of Archangels and Angels. If you take notice you’ll see that their names ends in “el” which means “the shining one”.

Metatron is an angel in Judaism and can be used when learning about Kaballah and the diffrent segments of the tree of life. He was known to once exist as a human being and is closely related to magic and alchemy. 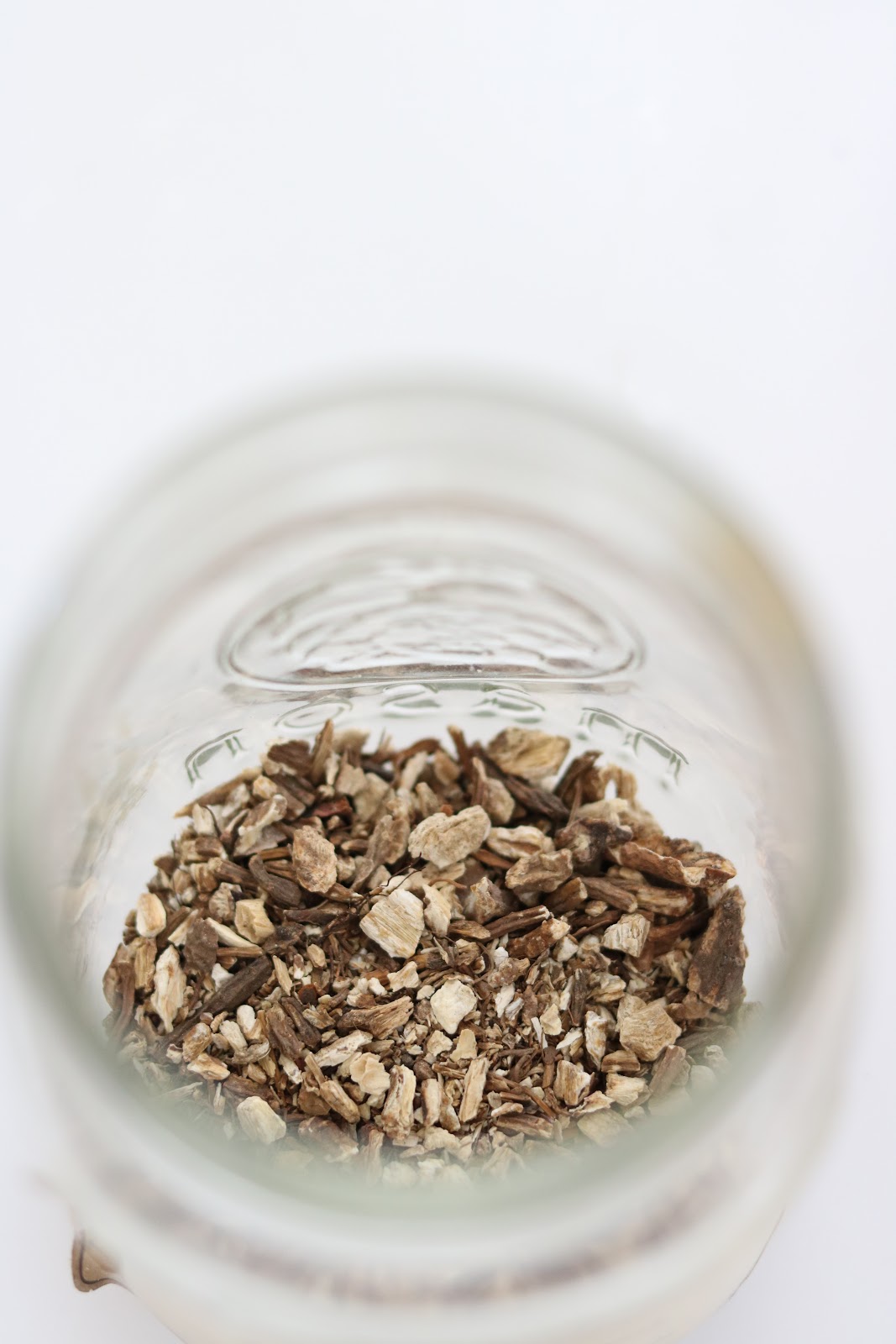 Uriel is the angel of mental powers and clear thinking.

Uriel is also the angel of forgiveness and purity of one’s thoughts and translating those thoughts into experience and knowing. The name Uriel means “Light” or “Fire” of god.  Uriel is mostly related to the mind, ideas, imagination and manifestation of thought.  He is also the one to call upon during the night to prevent nightmares.  The mind is all and all things that manifest first arise from within the mind.  He is also in charge of thought forms whether good or bad.

When Uriel is depicted you will mostly see him holding a ball of fire in his hand or a book.  These are symbols of intellect and the spark of life that originates in the mind. Whether imagination, the conscious or subconscious mind, working with Uriel helps you develop those skills to more awareness.

When invoking the energy of Uriel you must be attentive to your thoughts, dreams and ideas as that is his way of communicating.  Listening to what people speak around you can have hidden messages from Uriel. Uriel tests you by prompting you in trusting in your inner voice vs. simply dismissing them as mere coincidences.

When working with angelic forces you are tapping into higher frequencies of self and higher consciousness. This form of communication varies greatly and it is up to you to figure out the subtle signs he may provide. As I mentioned Angels speak to me in symbols and signs in my surrounding and others.  Meditation is a great way to establish connection as your physical and cosmic being can settle and manifest in a quiet and calm state of being, even if for a few minutes.

I’ve always associated Uriel with the color blue.  Its the color I feel fits him best in my opinion. Uriel is associated with the element of water which is the symbol for emotions and the subconscious mind, The color blue promotes prosperity, harmony, tranquility and the color of the throat chakra which is related to communication &amp; expression.

Angelica Root is a natural herb that can be given to Uriel or any Angel as an offering.  In folk magic Angelica root is related to the angelic realm and facilitates communication.  The herb can be used in many ways such as burning as incense, in an aura bath or sprinkle in the corner of rooms in your home for protection and lifting vibrations.

The cup of water can be used as a vessel for communication and as a conductor of energy.  It also represents purification and clarity of thoughts.  Water is also a great element to use when attempting to connect with other portals and it provides clarity to any ritual.

Simply find a space in your home where you can have a few minutes to yourself.  Place the photo of Uriel in a spot dedicated to him, or if you don’t have a photo, the cup of water and candle will do.  Envision Uriel’s fire in your mind’s eye. Place the cup of water and with the tip of your finger take a few drops and sprinkle in your area.  Light the candle and quietly sit for a few moments.  Speak to yourself what you would like to manifest into your life.

Speak to the angels as if you were speaking to a friend.  Take notice of your thoughts and the messages you receive while sitting in your quiet space.  Have faith in your intuition and most importantly be aware and cultivate positive thoughts.

You can purchase our Guardian Angel Uriel Candle &amp; Quartz Crystal Kit at the shop.  Link Here to the shop.