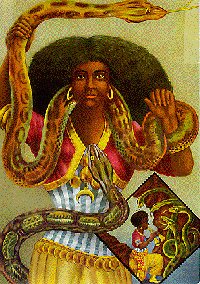 I haven’t done a deity of the day post in a while mostly due to how busy I’ve been lately and just haven’t had a deity catch or call my attention lately. Lately however, Mami Wata has been in heavy rotation in terms of me coming across her image every now and then. So I decided to feature her today…..

Mami Wata is one of many African water deities linked with the deep and mysterious depths of the rivers and sea. Spreading throughout the Caribbean and other parts of the world, Mami Wata embodies mermaids, water, snakes and all things beautiful and abundant. Known by many names and characteristics such as Santa Marta la dominadora in the Dominican Republic, La Siren in Haiti, Yemonya in Brazil and many other names and associations throughout the world, she is simply a fierce feminine energy exuding her duality of both seductive beauty and power no matter where or how you may encounter her. 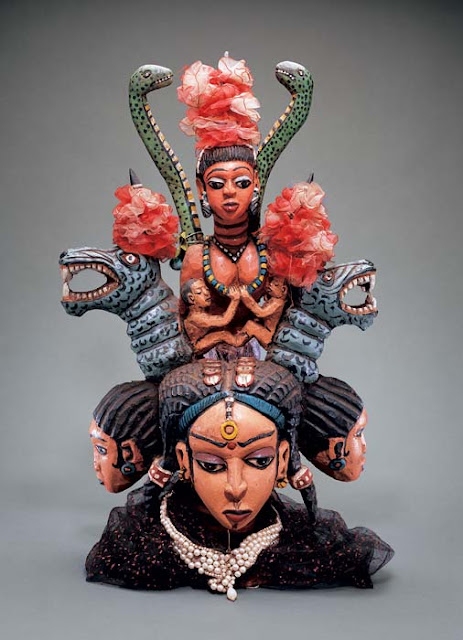 Mami Wata represents many things depending on which part of the world and culture is describing her. Like the sea, she is amazingly vast and mysterious and this is what basically sums up Mami Wata. She is often known for representing sexuality, commerce, prosperity, travels, fertility, domination, protection, health and many other manifestations known to emanate from her energy. Despite her associations with a little bit of every other known water goddess, there still seems to be a unique distinction that represents and sets Mami Wata apart from the rest.

She is typically depicted as a mermaid, half human half fish, which represents her knowledge of the known and unknown worlds. 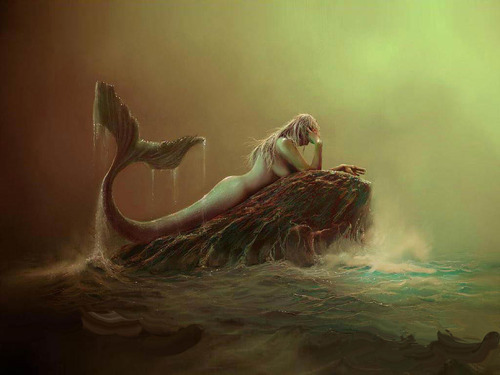 An enticing seductress and snake charmer, she is often seen as a very powerful woman able to take command and mastery over all situations. Her snakes, usually wrapped around her body held up high over her head, are other attributes Mami Wata possesses. Her domination over snakes represents her ability to dominate and master any obstacle. This is one of the most familiar traits for Mami Wata, being able to dominate.

This domination however does not come from her desire to “tie down” or dominate a person into a capricious relationship or situation as she can be known for throughout parts of the Caribbean. This domineering persona she is often associated with truly comes from her desire to teach self mastery and domination over one self. Having that true knowledge of self and manifesting that self love and assurance are the real mysteries tied to life and this fabulous Deity. 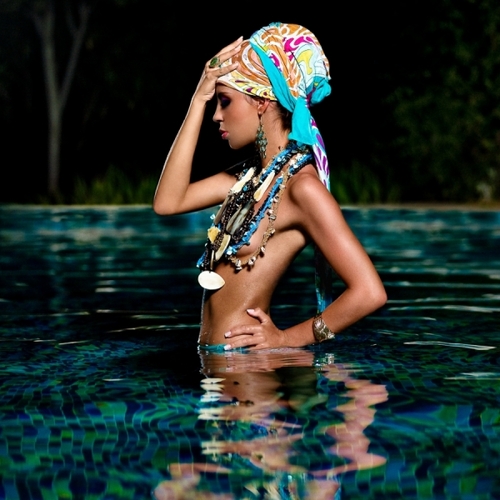 Her colors are red and white signifying passion and purity. She is a lover of all things shiny, glittery and regal. Mirrors and combs are her favorite as she loves to admire her image and hair. 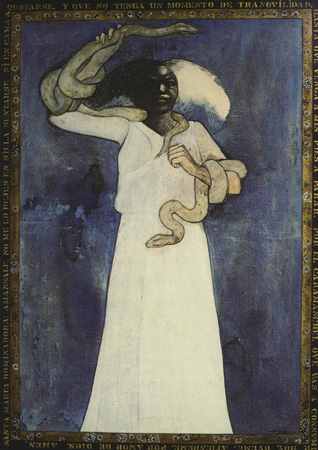 She is a wise woman, queen of the oceans, healer and fierce protector. She guards over the secrets of divination and spiritual elevation helping those who put their faith in her overcome fears and take dominion over one self for once.