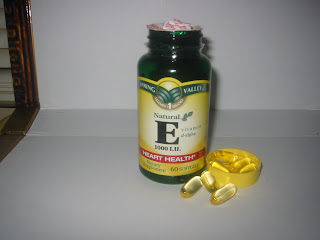 So what kind of “E” are you on??? Vitamin E that is. Vitamin E has been known to be a great antioxidant fighting off those pesky free radicals trying to latch on to whatever good cells you may have to ultimately destroy them.

However like many other supplements on the market, your Vitamin E may be a fake or rather a synthetic form of Vitamin E. I have been doing a little research on Vitamin E oil since I bought these Vitamin E  capsules at Walmart about a month ago. I bought the capsules because I have been reading about how great Vitamin E oil works for dark spots left by blemishes on your skin. Despite trying it on my skin for the last month I been meaning to drink a few capsules but decided to read more into Vitamin E in capsule form and how it compares to just eating a diet rich in Vitamin E.

So I have and want you to ask yourself how do you know if you are purchasing all natural Vitamin E or not? In the scientific world Vitamin E is know as Alpha-Tocopherol. Along with Alpha tocopherol other natural forms exist such as Beta, Gamma, and Delta tocopherol. These are the kinds of natural existing Vitamin E that our bodies uses more efficiently. 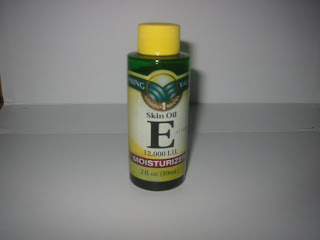 On the other hand synthetic versions of Vitamin E oil are also available but not used as efficiently by our bodies. The synthetic version is known as DL- Alpha tocopherol (derived from petroleum).

When you are reading the label for anything claiming to contain Vitamin E you have to look out for the D and DL which tells you it’s chemical composition, natural or synthetic.

As opposed to the natural Vitamin E which you can find in beta, gamma, delta, the synthetic version can only be found in the the alpha form.

So after I felt I had the information I needed to decipher between the two forms I picked up my Vitamin e oil bottle I have in capsules and read the label. In the front it says natural Vitamin e oil 1,000 d alpha made by spring valley. However when you turn it over it says d alpha TOCOPHERYL ACETATE. As opposed to tocopherol. Immediately I researched tocopheryl acetate.

What I learned was that in order for the natural raw Vitamin E to be stored in capsules a carrier must be added such as acetate. So long as the d is present in front (opposed to dl) and when taken orally it breaks down it is still considered natural. However tocopheryl acetate has been linked with cancer and other toxins.

So I guess after all this running around trying to figure out the best way for my skin and nerves to benefit  from Vitamin E I came up with the best conclusion for myself. Just consume the real deal of  Vitamin E which is in basically most of the foods I love. 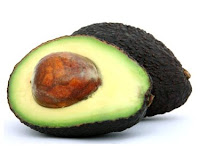 I’ll be doing a review soon on the Vitamin E oil capsules I bought and how I use it for my skin and whether or not it has helped fade dark spots since using it.