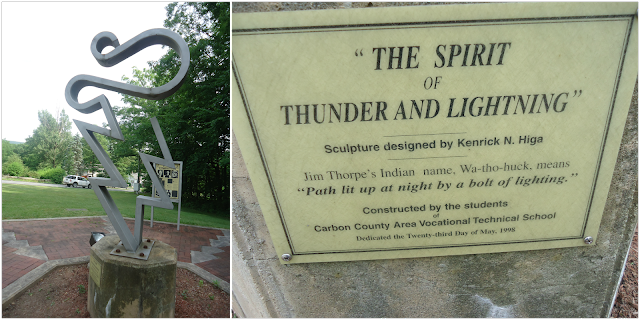 I went to the quaint little town known as Jim Thorpe in Pennsylvania last weekend.  It’s a small little town nestled between beautiful mountains named after the well known Native American athlete.  His name has been in the news recently due to his family wanting to bring back his remains to Native American land.

I was curious to know about where his remains were and I also heard there were many vintage shops so I decided to take a ride up there.  I visited the monument and was intrigued by the lightning symbol which is associated with his Native America name “WA-THO-HUCK”.  The meaning of his name definitely resonated with the life he led, which was filled with many accomplishments despite the many obstacles he faced. 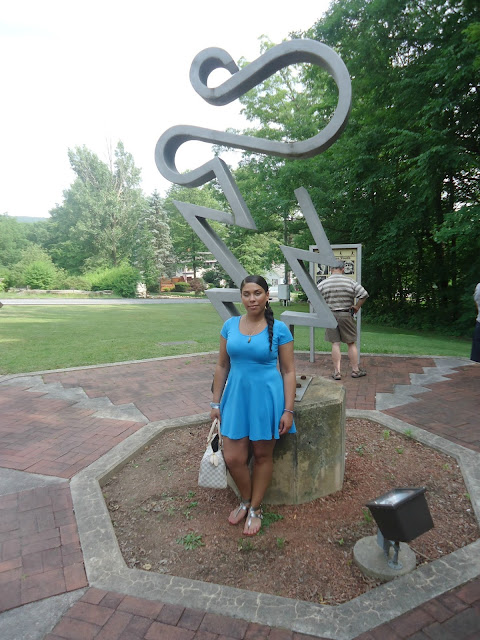 I also visited the many vintage shops and fell in love with so many things.  Interestingly many of the shops had many esoteric, religious aspects to them.  There were many Wicca traditions, Egyptian and Native American elements to each shop.  I did not buy much only thing I actually got was a blue peacock ore stone for my crystal and stone collection.  Below is a Egyptian statues display and also a skeleton display which I thought was creepy yet cool. 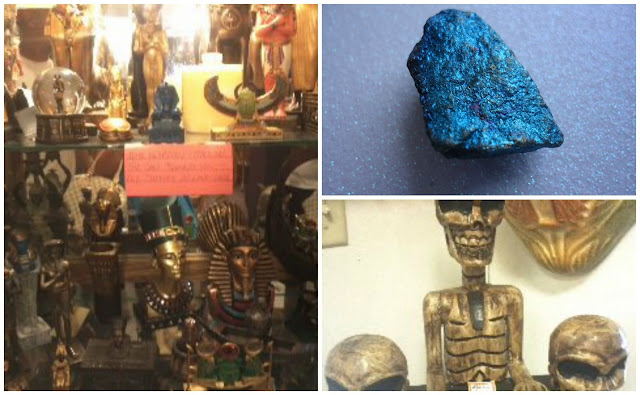 I took a selfie shot from this gorgeous Moon mirror.  It was a super moon that night so I decided to take a shot in the moon’s honor.  I had a great and relaxed time and look forward to visiting again before this summer’s over. 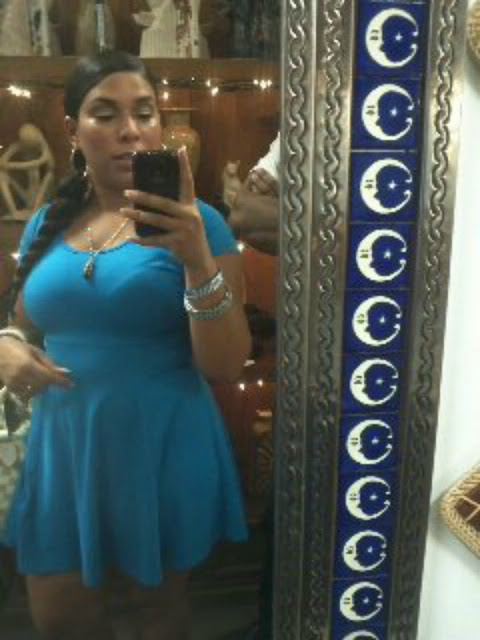