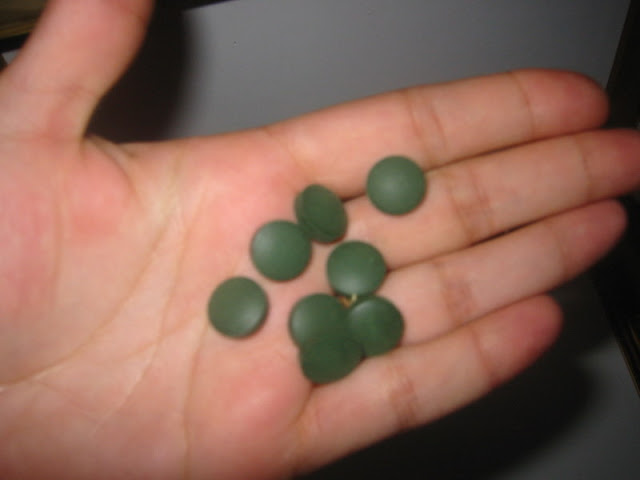 I’ve been taking spirulina on and off for the past 2 years or so and have been pleasantly surprised how spirulina has become so popular since. Spirulina is known as a supplement but truthfully it’s considered a food and a super food at that, known to curb famine and malnutrition. Spirulina is a blue green algae or rather cyanobacteria, which has been around since the beginning of time and grows naturally along salty lakes in Africa (lake Chad), Mexico and now commercially produced around the world. Since spirulina likes to grow in hot and salty conditions no other organism is able to thrive and contaminate spirulina’s environment making it a pure source of many vitamins and minerals. The main species of cyanobacteria for spirulina, safe for both human and animal consumption, is known as Anthrospira Platensis. You can find it in tablet form as well as powder form to mix with juices. 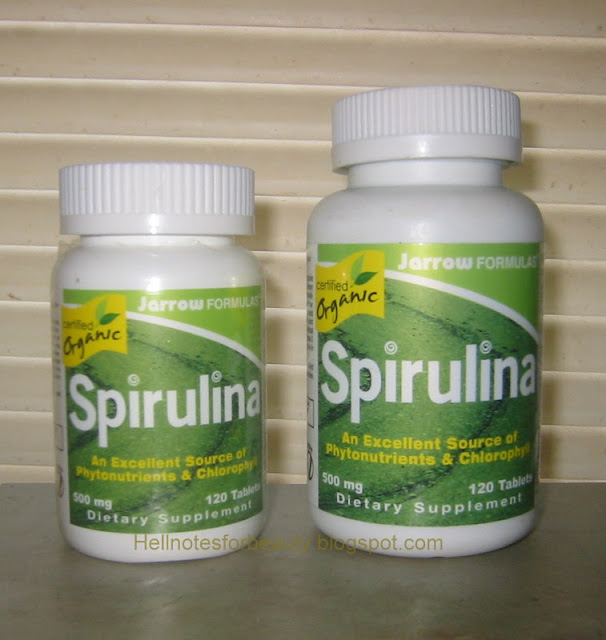 There are so many benefits to spirulina that it is of no wonder why spirulina is considered a super food. To start Spirulina is very high in protein over 70%, more than meat, eggs or any other food. Spirulina is also high in iron, calcium, magnesium, and a wide range of B vitamins all essential for healthy cells. Spirulina is also rich in chlorophyll and beta carotene which helps prevent cancer as well as aid in eye health.

Spirulina is also attributed with treating cancer, HIV/AIDS, tumors as well as a great immune system booster and supporter. It is also great for those detoxing, helping jump start the liver’s ability to detox the body from toxins more efficiently.

I came across spirulina in my natural health store’s digestive section, needing something to keep me regular I purchased it, looked it up and experienced the great benefits of spirulina for myself. The first week I took it I noticed that my energy levels were insane. I would get home after a 9 hour work day and still have enough energy well into the night. I never felt exhausted nor was I whining about how tired I was. I would just get up, do all sorts of chores and not feel tired at all. Then I noticed my nails were growing longer and not breaking or chipping as much. My hair of course felt thicker and stronger and my skin was flawless and that was from the few months I had been taking it.

My sinusitis was not as recurrent. I would go months without a sinus “allergy” or even sneeze and my appetite seemed to slow down a bit as well. The only reason why I stopped taking Spirulina was because I was having trouble sleeping. That’s how much energy I had. This past February, after about 6 months without taking spirulina, I repurchased another bottle from Jarrow formulas and have noticed my energy levels have increased once again. However I noticed this time around that when I take it I get hot for a couple of minutes. I have read that this is a common side effect and its’ the body burning extra protein. Also this time around I got a slight cold which is rare since I hardly get sick. I was coughing up very unpleasant mucus as well as breaking out along my hair line. I noticed that it was the spirulina cleaning me out /detoxing so I had to stop taking them and drink even more water which is very important especially when you are feeling “sick”. Which is really the body trying to heal and cleanse itself. 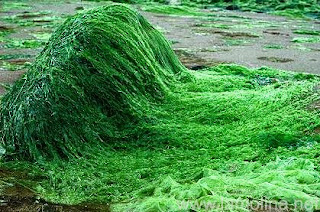 Spirulina, made by Jarrow formula is said to be organic, free of any toxins or pesticides, gluten free, wheat free, contains no eggs, dairy, fish, or nuts. The bottle recommends 4 tablets a day. Right now I take 1 tablet a day and I have so much energy that I don’t want to imagine what 4 tablets would do. I guess it all depends on the person, I will soon be taking one tablet every 3 days since I don’t want to have issues with my sleep. Right now my skin is back to normal and I feel very invigorated. Sometimes I have so much energy that I can’t find what to do with it so that is why I’ll be cutting down on it a bit. Other than the obvious energy I get I like the fact that my sinus issues are not an issue for me anymore. Cutting out milk and some dairy from my diet along with taking spirulina has really helped improve my overall quality of health.

I like spirulina and really like the way it boosts my energy levels and is great for those dealing with low iron levels and anemia, very prevalent among women. Just make sure that you know where your spirulina is coming from. Make sure it’s organic, free of pesticides and of course from a reputable vendor.

For more information on Spirulina check these websites out:

Your gold fish can benefit too…

Detox and your liver

*This is merely my review and experience with Spirulina. This review is for the purpose of information and in no way intended to substitute professional medical advice.*

“...the truth holds the greatest magic, the grea

A new batch of our elements candles are at the sho